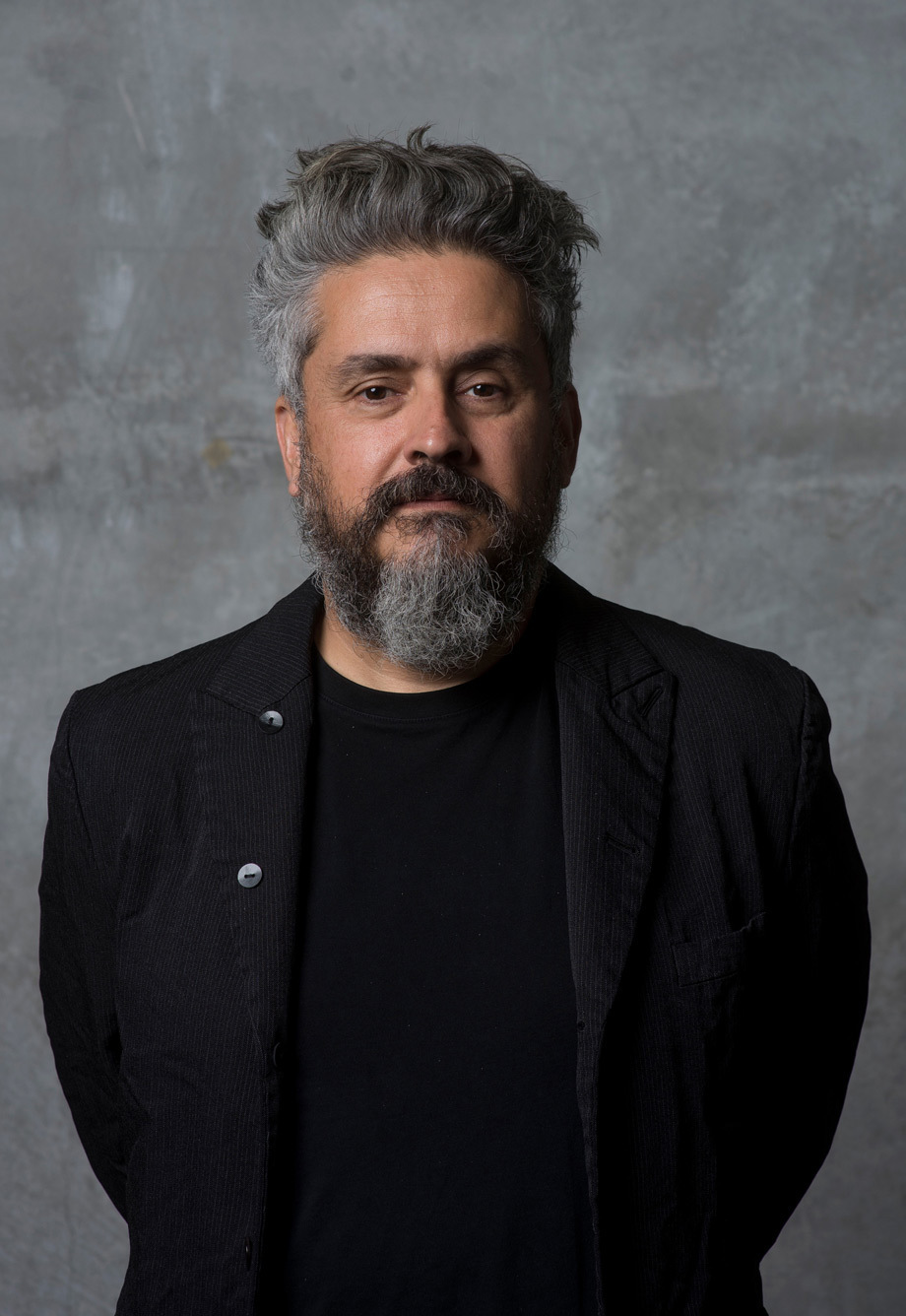 Hernán Díaz Alonso assumed the role of SCI-Arc director beginning in the 2015 academic year. He has been a distinguished faculty member since 2001, serving in several leadership roles, including coordinator of the graduate thesis program from 2007–10, and graduate programs chair from 2010–15. He is widely credited with spearheading SCI-Arc’s transition to digital technologies, and he played a key role in shaping the school’s graduate curriculum over the last decade.

In parallel to his role at SCI-Arc, Díaz Alonso is principal of the Los Angeles–based architecture office HDA-x (formerly Xefirotarch). His multidisciplinary practice is praised for its work at the intersection of design, animation, interactive environments, and radical architectural explorations. Over the course of his career as an architect and educator, Díaz Alonso has earned accolades for his leadership and innovation, as well as his ability to build partnerships among varied constituencies. In 2005 he was the winner of MoMA PS1’s Young Architects Program (YAP) competition, and in 2012 he received the Educator of the Year award from the American Institute of Architects (AIA). He won the 2013 AR+D Award for Emerging Architecture and a 2013 Progressive Architecture Award for his design of the Thyssen-Bornemisza Pavilion/Museum in Patagonia, Argentina.

Díaz Alonso’s architectural designs have been featured in exhibitions at the Venice Architecture Biennale, the London Architecture Biennale, and ArchiLab in Orleans, France, as well as included in exhibitions at such leading museums as the Museum of Modern Art, New York; the San Francisco Museum of Modern Art (SFMOMA); the Art Institute of Chicago; and MAK Centre, Vienna. The work has been widely published in magazines, journals, and books, including the Excessive monograph of Xefirotarch. The office is currently working on a new monograph to be published by Thames and Hudson. Díaz Alonso’s work is in the permanent collections of the FRAC Centre, Orleans, France; SFMOMA; the Museum of Modern Art, New York; Thyssen-Bornemisza, the MAK Museum, Vienna; and the Art Institute of Chicago.

A gifted educator, Díaz Alonso has been acknowledged throughout the years with prestigious appointments; these include Yale University’s Louis I. Kahn Visiting Assistant Professorship of Architectural Design (2010), Visiting Design Studio Faculty at the GSAPP at Columbia University (2004–10), an ongoing appointment as architectural design professor in the Urban Strategies Postgraduate Program at the University of Applied Arts Vienna, and as a Distinguished Faculty Member at SCI-Arc. In spring 2015 he served as Yale University’s Eero Saarinen Professor of Architectural Design. Díaz Alonso was named by DesignIntelligence as one of their 25 Most Admired Educators for 2018-2019 and won the American Academy of Arts and Letters Architecture Award in 2019. 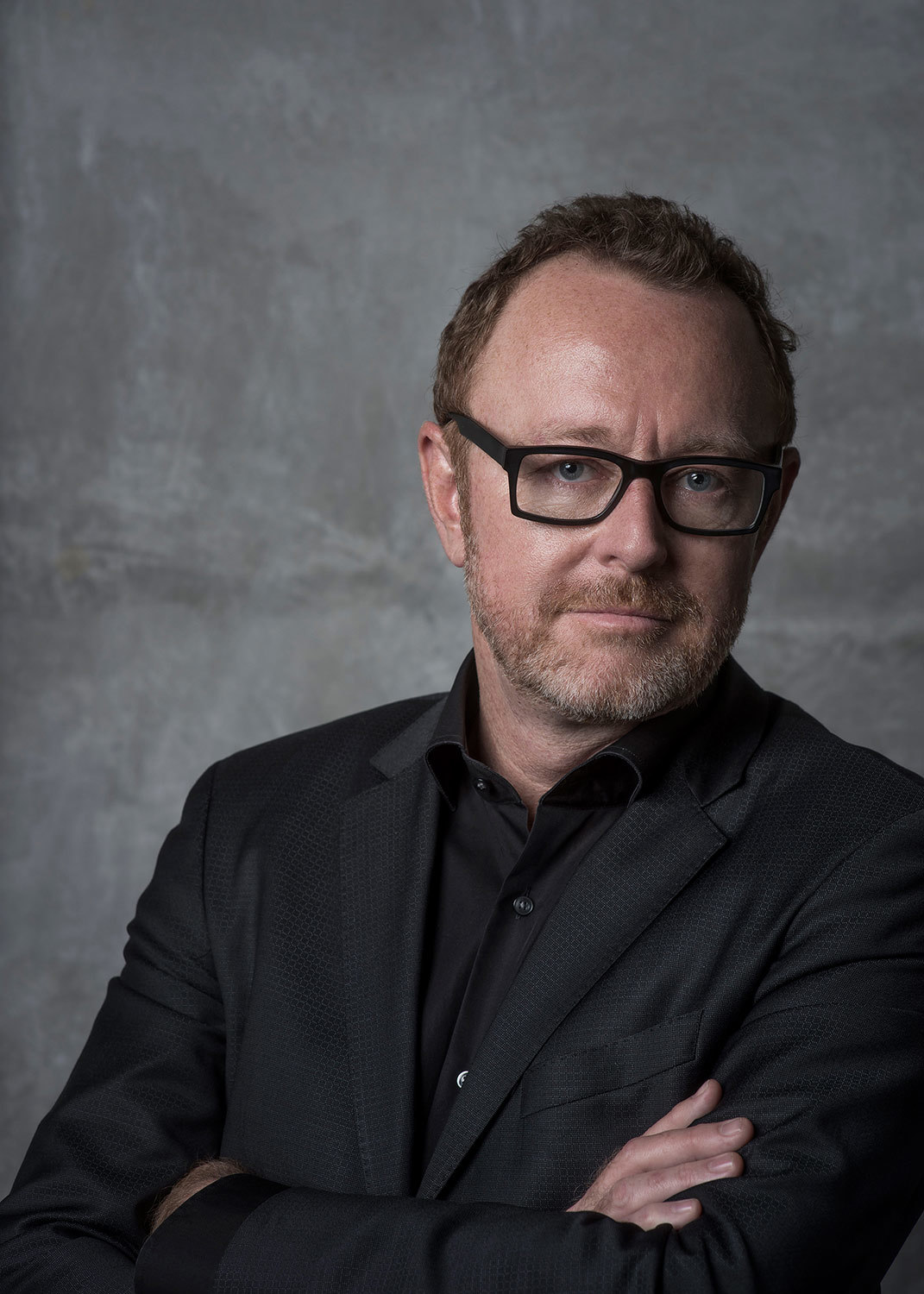 John Enright, FAIA, has been practicing architecture for thirty years, and has taught at SCI-Arc since 2001. As Vice Director/Chief Academic Officer, Enright oversees various school functions, including academic programs, planning and operations, accreditations, admissions and recruitment, IT, the fabrication shop, and the robot lab. Prior to his current position, Enright served as undergraduate program chair from 2010 to 2015.

Enright is founding principal of Griffin Enright Architects, based in Los Angeles, CA. Griffin Enright’s work has been extensively published; locally, nationally and internationally, and has received dozens of awards for design excellence including, local, state and national AIA Awards and The American Architecture Award from the Chicago Athenaeum. Enright has taught design studios and technology seminars at SCI-Arc, Syracuse University, University of Houston, and the University of Southern California. His academic research focuses on design and building technology, including new digital paradigms as applied to fabrication and construction. He has served on the advisory committee of the national AIA’s Educator Practitioners Network, and he currently serves on the Los Angeles Mayor’s Design Advisory Panel and NCARB's Integrated Path Evaluation Committee. Enright received an M.S.Arch from Columbia University and a B.Arch from Syracuse University. 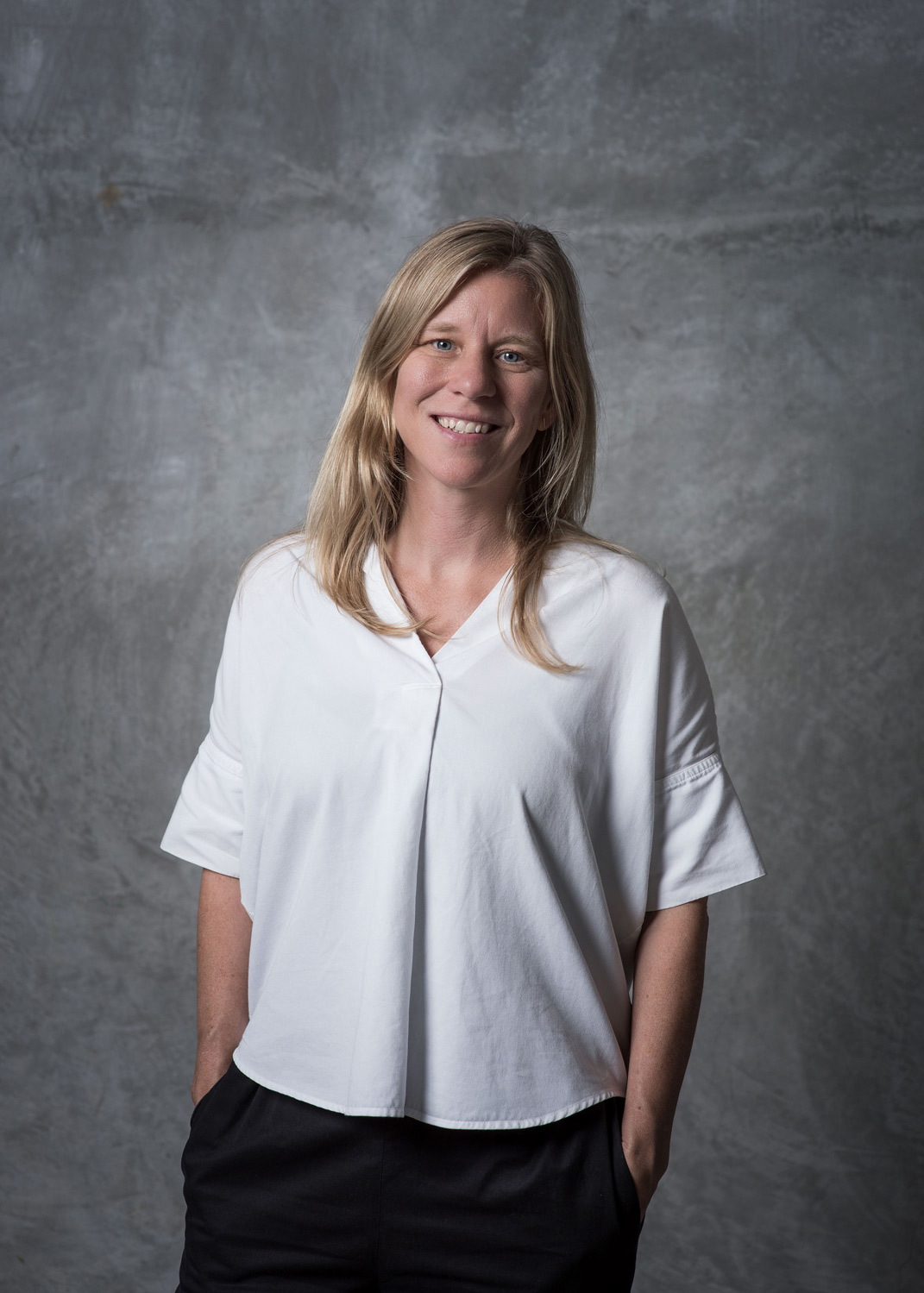 Kristy Balliet is co-founder of BairBalliet, a joint venture design practice with Kelly Bair. BairBalliet has experience working across multiple scales including large-scale graphics, residential, commercial adaptive interiors (cafe/restaurant, child play spaces, coworking/office), institutional, and small-scale accessory buildings (ADU's). BairBalliet has been published in Architect's Newspaper, Log Journal, Art Papers, Fresh Meat, Room One Thousand, Arch Daily and Archinect among others. BairBalliet's work has been exhibited internationally in the 2016 Venice Architecture Biennale (Venice, Italy), the Frac Centre (Orleans, France) and Centre de design de l’UQAM (Montreal). Their work has been exhibited across the United States at Modern Museum of Art MoMA (New York), The Architecture & Design Museum & the SCI-Arc Gallery (Los Angeles), Museum of Contemporary Art (Detroit), Chicago Cultural Center (Chicago) and Carnegie Museum of Art (Pittsburgh) among others. In 2018, they were named a finalist for the 2018 MoMA PS1 Young Architects Program. Balliet has published articles on topics related to excessive volume and architectural ploys and has co-edited several books; Massive Attack: Selected Friends and Enemies, Visual Catalog: Greg Lynn’s Studio, and in 2018 with the co-founders of the Possible Mediums Project published the Possible Mediums book with Actar. Prior to joining SCI-Arc, Balliet was an Associate Professor at the Knowlton School of Architecture at Ohio State and an Assistant Professor in Studio Greg Lynn at the University of Applied Arts, Vienna. She has also taught at the University of Pennsylvania and Philadelphia University. She has worked as a project designer at Erdy McHenry Architecture in Philadelphia. Balliet holds a Bachelor of Architecture from Philadelphia University and a Master’s degree from the UCLA Department of Architecture and Urban Design. 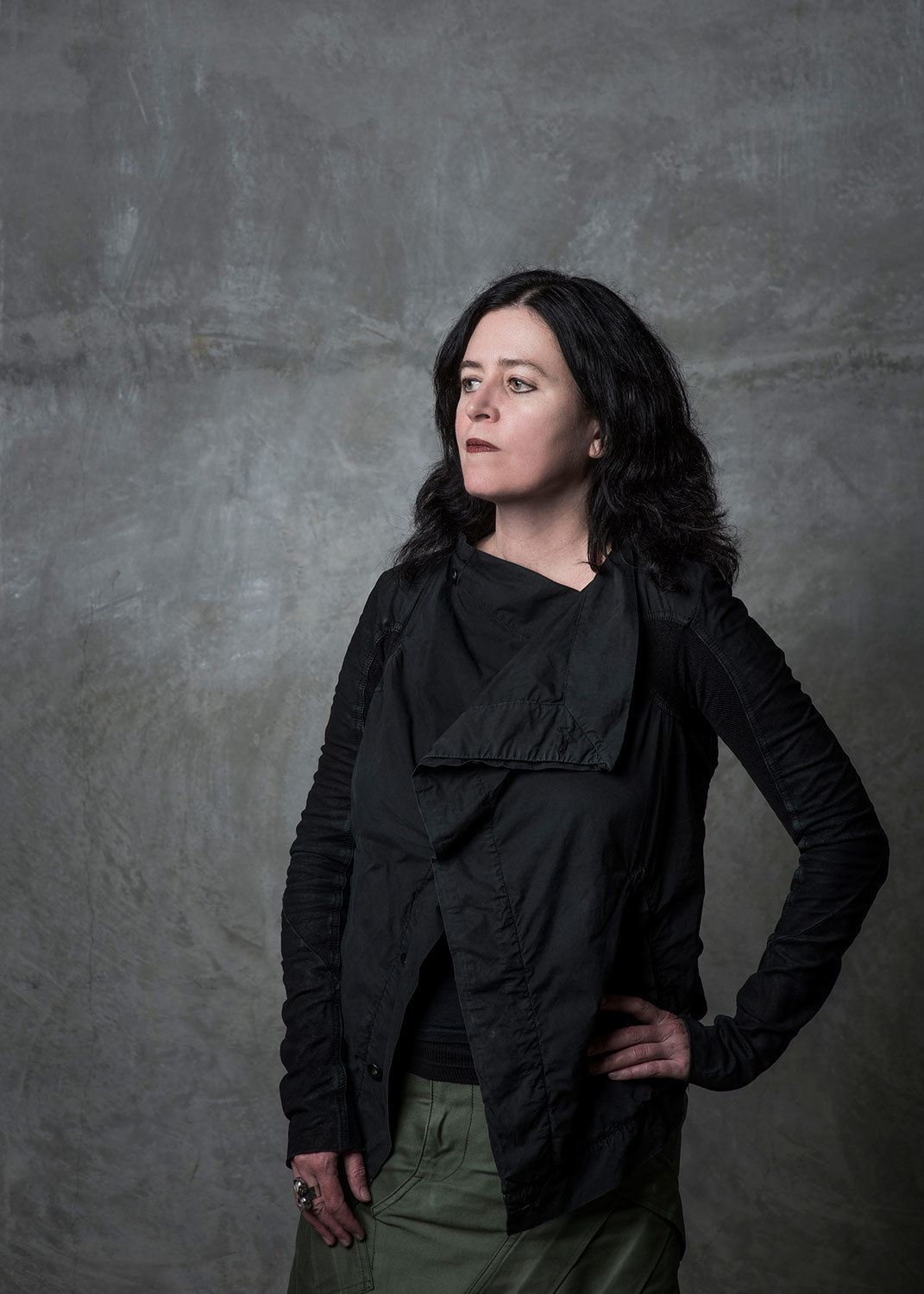 Marcelyn Gow is design faculty at SCI-Arc. She is also principal at servo los angeles, a design collaborative invested in the development of architectural environments integrating synthetic ecologies with shifting material states. She is the co-editor of Material Beyond Materials and Onramp 4-7, as well as a current producer for SCI-Arc Channel. Gow received degrees in architecture from the Architectural Association and Columbia University, as well as a Dr.Sc. from the ETH Zurich. Her doctoral dissertation Invisible Environment: Art, Architecture and a Systems Aesthetic explores the relationship between aesthetic research and technological innovation. She has previously served as the coordinator of the MS in Design Theory and Pedagogy postgraduate program as well as acting co-coordinator of the History + Theory curriculum at SCI-Arc. Gow has previously taught at the ETH Zurich, UCLA Department of Architecture and Urban Design, and the Royal Institute of Technology, Stockholm. 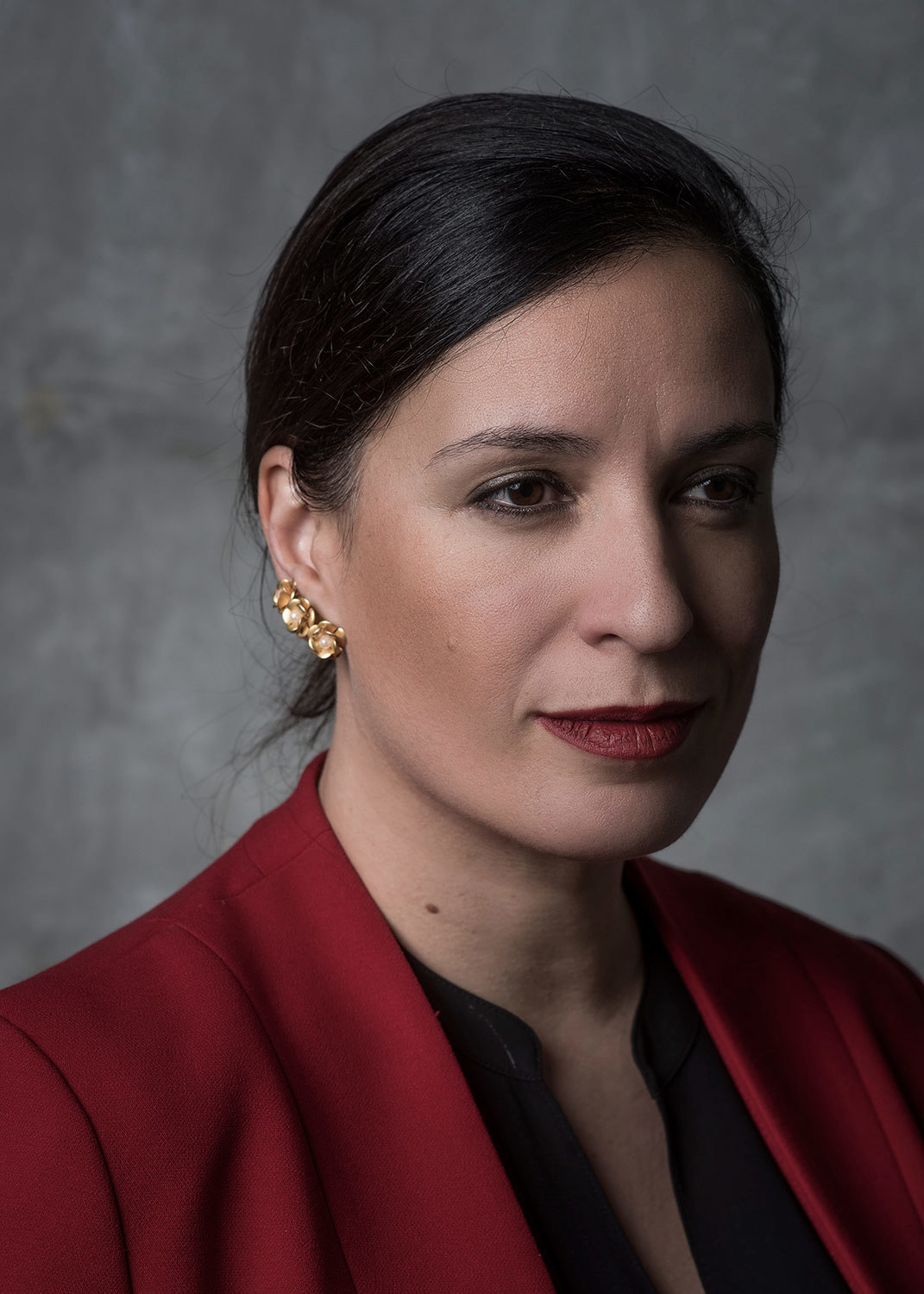 Elena Manferdini contributes more than fifteen years of professional experience to her role as SCI-Arc Graduate Program Chair. She has been teaching design studios and visual studies seminars at SCI-Arc since 2003, serving most recently as coordinator of Graduate Thesis.

Manferdini graduated from the University of Civil Engineering in Bologna, Italy and later received her Master's of Architecture and Urban Design from the University of California Los Angeles. In 2004 she founded Atelier Manferdini in Venice, CA where she is principal. In 2011, she was one of the recipients of the prestigious annual grants from the United States Artists (USA) in the category of architecture and design. Manferdini was awarded the 2013 COLA Fellowship given by City of Los Angeles Department of Cultural Affairs to support the production of original artwork. That same year, she received a Graham Award for architecture, the 2013 ACADIA Innovative Research Award of Excellence, and was selected as recipient for the Educator of the Year presidential award given by the AIA Los Angeles.

In 2019 Manferdini was honored with the ICON Award as part of the LA Design Festival, which is a prize that recognizes iconic women who have made an indelible mark on Los Angeles, culture, and society in general through their work, character, and creative leadership. 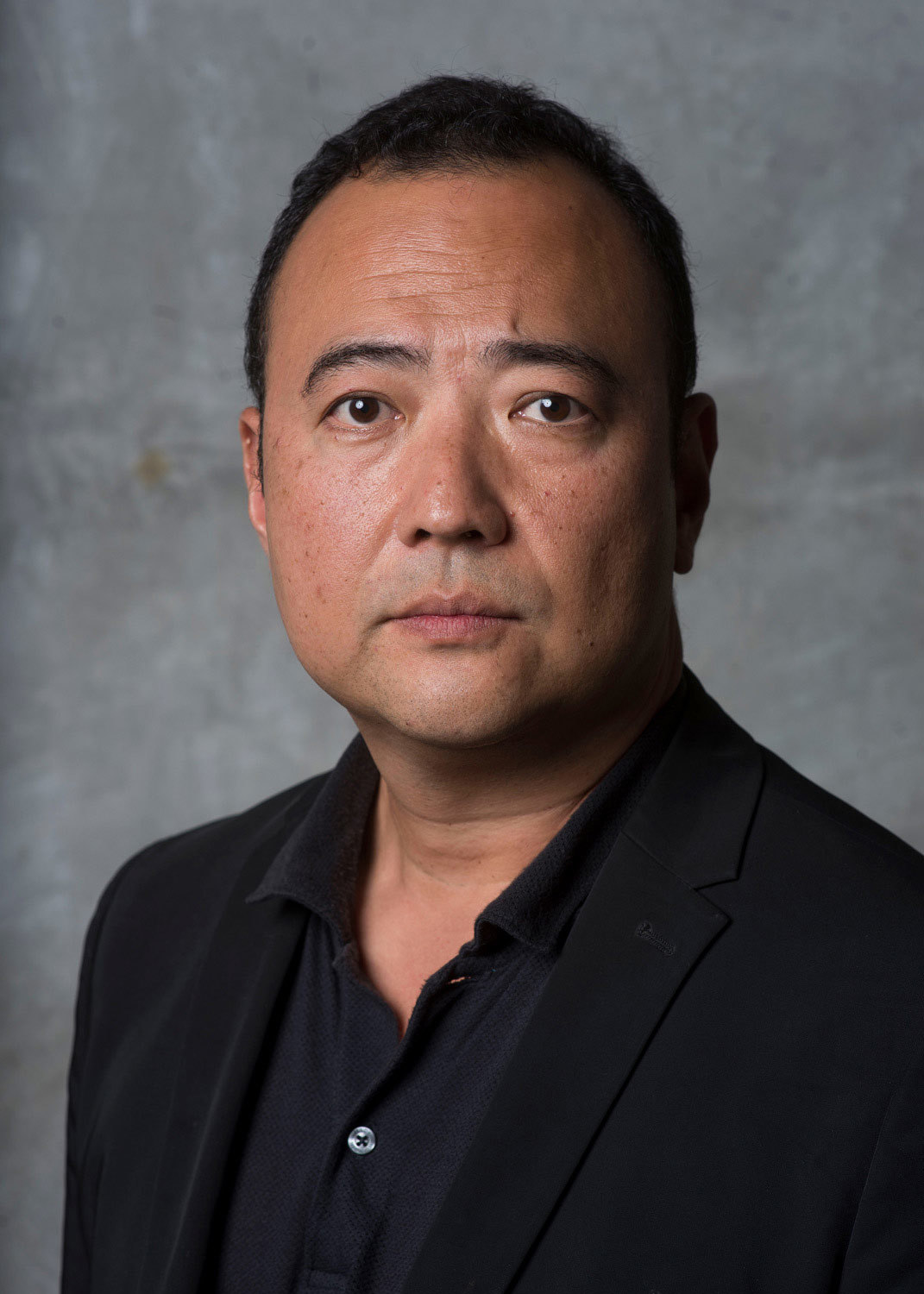 David Ruy is an architect, theorist, and director of Ruy Klein. David received his M.Arch degree from Columbia University and his B.A. degree from St. John’s College where he studied philosophy and mathematics. Ruy Klein examines contemporary design problems at the intersection of architecture, nature, and technology. Encompassing a wide array of experimentation, Ruy Klein’s projects study the mutual imbrications of artificial and natural regimes that are shaping an ever more synthetic world. The work of Ruy Klein has been widely published and exhibited and has been the recipient of numerous awards recognizing the firm as one of the leading experimental practices in architecture today. Their work is part of the permanent collection of The Museum of Modern Art in New York City and The Frac Centre in Orléans, France.